Pleasure Mixed With A Little Business

We recently had a rare full weekend off. Big Country were playing in Newcastle as part of their 35th Anniversary Steeltown album tour so we decided to take a train trip up to Newcastle via the East Coast Main Line (ECML) to see them play.

We have received a lot of requests this year asking for stuff featuring modern railways. It seemed a perfect opportunity to use the trip to get some up to date images for adding to the picture library.

My railway roots are deep in classic 1980s diesel locos. Once the classic loco classes disappeared, I stopped taking photos of the railway scene. I regret this to a certain degree as there is now a gap in my railway picture library as I moved more into aviation photography.

As per some of my discussions on Twitter, today’s railway scene is still worthy of recording. Today’s railway scene will one day be historic and therefore needs recording, despite my lesser interest in the multiple unit nature of today’s rolling stock. As with all things modern, it seems sanitised and characterless when compared to the railway scene I remember. This is where it gets scary, as I sound just like the old steam guys did when diesels came along!!

Not Many Peaks at Sheffield!

The outbound trip needed changes at Sheffield and Doncaster, so I hoped there would be plenty of opportunities to get pictures.

The first change of train was required at Sheffield, a station I haven’t visited by train since about 1989!! Sheffield was always synonymous with the Class 45 Peaks to me.

On this day, Northern dominated the train services with plenty of Class 144, Class 156 and Class 158 units running around with a Crosscountry Trains Class 43 HST thrown in for good measure.

Doncaster has always been a haven for railway enthusiasts and photographers. Classic loco types such as the A1 and A4 Pacifics, the much-revered Class 55 Deltics and today’s Class 43 HSTs and Class 91 electrics have strutted their stuff up and down the East Coast Main Line.

The briefest of stops at Doncaster only allowed me to quickly get a few shots of Network Rails Class 43 HST New Measurement Train. A Northern Class 170 was present as well.

Our train to Newcastle teased me with old memories of Doncaster as it was named Deltic 50 in honour of the 50th anniversary of the cult Class 55 diesel locos.

Upon arrival at Newcastle, I was struck by the memory that, in all the years I have been travelling around on the railways, I had only ever been to Newcastle one other time in daylight. Every other visit had been as part of some mad overnight trip a very long time ago!

I have been a big fan of Big Country for a long, long time. I first saw them live 35 years ago on the original Steeltown album tour and still can’t quite comprehend that the 35th Anniversary Steeltown Tour has started !!

I hadn’t realised the ECML Tyne Valley diversions were on, so on Sunday a jaunt across the country to Carlisle was in order courtesy of another LNER Class 43 HST. We would then take a trek up the WCML and cut across country to get us back home via Crewe and Derby.

The Tyne Valley is a great little trip that you should take if you ever get the chance. The line serves Bardon Mill which is a great place to bail and go to see Vindolanda.

Vindolanda is the location of a Roman Fort and Village that was occupied for nearly 300 years and is an awesome day out. If you like your Roman history then definitely check it out – it’s a massive site heaving with archaeological treasure!

Carlisle – Nearly Bowled By A Voyager

The idea of trekking up the WCML to Crewe soon evaporated when realising the service was formed of a Voyager. I was not going to ruin a good weekend with a trip on a Voyager, so it seemed a trip back across the Tyne Valley on another LNER HST was the only sensible thing to do!!

We decided to take the LNER service through to York where I hoped to get a photo of a TransPennine Express Class 68.

Good old TPE! In the bay platform was Class 68 68032 Destroyer – a powerful name if there ever was one!

York provided a few more different types for my photo collection including a Northern Class 142, Class 150 and Class 170. We also had the bonus of getting a Class 91 down to Doncaster in the form of 91109 Sir Bobby Robson.

A quick hop down to Doncaster on Class 91 91109 and a lightning change of trains saw us back at Sheffield again.

This time there was evidence of the rebranding of East Midlands Trains on both the Class 158 and Class 43 HSTs that were present.

In the Class 158 picture, one unit is original East Midlands Trains and the second is EMR Regional.

With the HST power cars, one was de-branded and the other had a large EMR logo. Times are a-changing on the Midland Main Line!

All in all, it was a great weekend.

It doesn’t get much better than catching a stunning performance from Big Country, sampling some classic Class 43 and Class 91 miles and the bonus of getting a load of new material in the bag.

We also bagged a bit of Deltic action on the way up – well sort of !!

Anyway, thanks for reading and keep your eye out on the run-up to Christmas for the much requested modern era gifts! 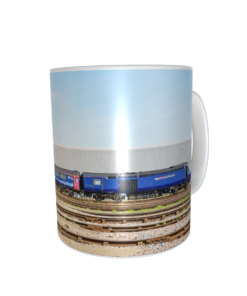 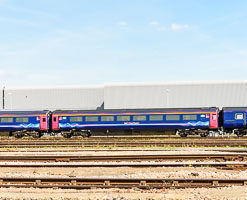 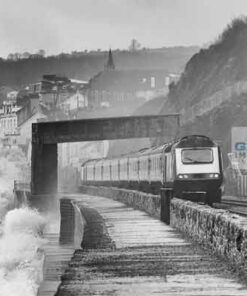 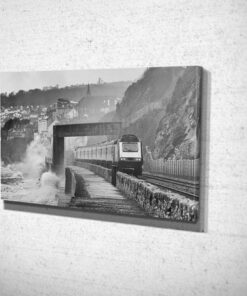 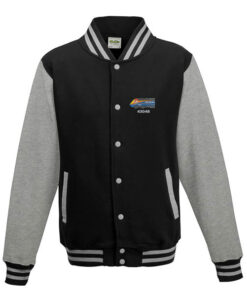 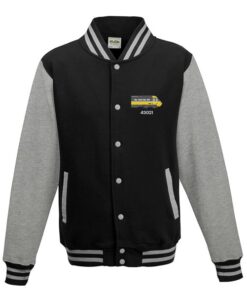 Share this article about our trip to Newcastle and Carlisle with your friends and family …. thanks!